When a book is touching on healing serious psychical illnesses controversy comes into play. That is definitely the case with Brandon Bays’ book The Journey. The Journey is no longer a story about a miraculous healing of a tumor but has also become a therapy on to itself. So how to read a book like that? As the writings of a possibly inspirational woman or as one who wants to sell a course, even if that course or therapy could be beneficial? (Because the latter is not for me to judge but purely personal.)

I think I can already jump to my conclusion and say: both. This book can’t be read without being immersed in the Journey as a concept. So if you only want to read it as an anecdote of someone who cured herself of a deadly affliction you’ll be sorry you started. But, if you are willing to understand Brandon Bays used her own experiences to set up a therapeutic imperium, especially if you want to try having one of those healing journeys yourself, you are where you need to be.

No proof
Bays’ story is honestly one that is a bit hard to grasp and even to believe. Don’t worry, it is easy to follow and her writing style is quite okay. But the act of the matter is that ‘a tumor the size of a basketball’ brings up all kind of images and questions…at least in my head. Wasn’t it connected to other kinds of tissue by then? Why weren’t there pictures of her ‘pregnant’ look, or scans, dossiers or statements from oncologists and other doctors willing to support her? All these questions remain unanswered and I was severely disappointed by that.

Sure, I can understand that she had not expected to eventually write a book. So, I am willing to believe that the process of documenting was nowhere near academic research. And I don’t expect that from a book that shares a personal story. But for purposes of credibility it would have been better if she had used at least some form of proof besides her say-so that it happened like it happened. Even open-minded persons are skeptical and it would have made not only the book but definitely her claim stronger in my opinion. 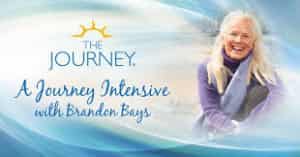 Dire consequences
Having said that, I read the Journey without any other issues worth mentioning, except maybe that I disagree with a few of her statements (f.e. grief can be overcome in 5-7 days). It is an easy read, it is moving at times, it is recognizable for those who suffer from an illness and in that way it *is* inspirational and helpful.

I think it gives, at points, a little too much hope to people with cancer or other serious illnesses and I am afraid those patients would shun conventional therapies (why not try both) with dire consequences. Also, when you start working on healing deeply traumatic events in an hypnotic-like state things can get ugly. Better get a professional to help you instead of dabbling with that yourself. However she does make readers realize that there’s more to healing than only Western medicine and that letting go of old wounds and trauma’s is the first step in becoming happier. And at least mentally healthier. View it like that and the book empowers in its own way.

And that is also where her therapy comes in. As part of reading the book, the script for the therapy is included by the way, I did a so-called Journey myself with someone who was -amongst others -trained by Brandon Bays. Was it healing? Maybe not in the way that most people expect, but it definitely helped me put an old and very deep wound in the past for good. In my opinion you could compare an emotional Journey with a form of role-playing therapy or perhaps an honest spiritual search into forgiveness.

Conclusion
Because of my own experience the book will receive much higher marks than it would have gotten otherwise. In any other case I would have viewed The Journey as a touching, though slightly eyebrow-raising, story. Easy to read but definitely not a literary high-point and with some worries of my own. A 6.5 out of 10 perhaps. But like I mentioned before: it is a two for one deal with this title, so I think higher grades come with the territory. Or in this case: therapy. In her introduction Brandon Bays writes: this is a book about freedom – freedom to live your life as you’ve always dreamt it could be. I don’t think I agree with that statement, but if you try The Journey and get freed of old pain, that is at least more freeing than a lot of things you can dream of.

*The Journey has been published in many languages, by many publishers and was also reissued many times. I read the 2009 Dutch version, De Helende Reis. That was a translation of the book that came out in 2001 called The Journey: A road map to the soul, published by Simon & Schuster. 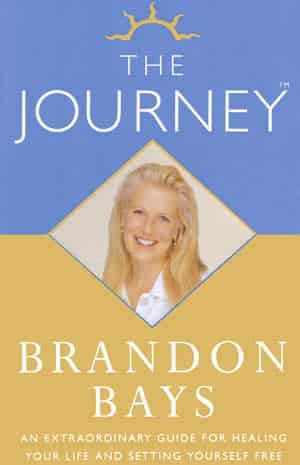