Tarot Mysteries; Rediscovering the real meanings of the cards has been out there for the better part of the 21st century. Red Wheel/Weiser has just reprinted Jonathan Dee’s book and state his tarot guide stil has something new to offer in the sea of Tarot books. So, let’s see if it indeed does that.

Jonathan Dee isn’t ‘just an author’. He wrote many titles during his life (he passed away in 2010), worked with Sasha Fenton, was a celebrated former professional astrologer and was a professional tarot card reader. To top that of he was also a descendant of Dr. John Dee, the 16th century astrologer and royal scientific advisor at Elizabeth I’s court. Tough shoes to fill, but apparently becoming a famous astrologer was already in his blood ;-). No wonder his most famous tarot title would handle Zodiacal correspondences too.

Different
According to its marketing sheet Tarot Mysteries is different from other books because it gives 1) instructions on how to read both Major and Minor Arcana 2) the reason why the cards are the cards and their mystical place in our consciousness 3) a balanced & informative perspective on each card and an overview of the entire deck 4) the history of tarot and how to 5) connect tarot to the Kabbalah (or Qabalah as it is written in this book).

Now, in 2016 it isn’t new anymore to have an overview on how to read all the cards or to offer a history and entire overview. What does make this book different from others is the fact this history shows you different views, anchors the Major Arcana rather deeply in Kabbalah and weaves both the history and symbolism through the meaning of the cards.

Traditional meanings
Tarot Mysteries; Rediscovering the real meanings of the cards is a 320 pages thick paperback and works with the Waite-Smith deck in black & white for the reading instruction part. The focus of the book is meanings and the way those (rather traditional) meanings got there along the way. Thereby taking names like Levi, Mathers and Crowley into account.

Tarot Mysteries dives into the history of tarot to explain how meanings and those 78 cards came about. Playing cards are an important part of that history.

The book starts with an explanation on tarot, their general history – denouncing the Egypt origins– and then jumps to Kabbalah before it comes to the instruction chapters. I think it is safe to say that if you read Tarot de Marseille or its clones you won’t find anything of your liking. The title is too close to the “English School” to find something useful, unless you would buy it for the history. But I think one chapter won’t have you digging up your last dollar/pence/euro- cents and there are better titles out there for that.

RWS & esoteric readers
So, who might want to have this 2016 reprint? Due to its use of the Waite-Smith (RWS) and the extensive meaning part I think Tarot Mysteries is mostly useful for both RWS/RWS-inspired readers and tarot readers focused on esoteric decks like Thoth and Tabula Mundi. Waite-Smith readers, if they don’t mind skipping one chapter and a paragraph per card, are still left with the biggest part of the book. Chapters 2, 3 and 4 (it only has four chapters) are completely dedicated to the Minor Arcana and its meanings, the Majors and what they have to offer you in a reading. Plus there’s a whole chapter on spreads. Yes, those spreads are inspired by, for example, the Tree of Life and the Zodiac, but they are definitely useful for every type of reader, regardless of deck choice.

Generally speaking Jonathan Dee delivered an encyclopedia of tarot. He combined his knowledge on history, symbology and the Waite-Smith and wrote a publication that can easily compete with other titles. If not beat them. It is very useful for a beginner or intermediate tarot reader. Tarot Mysteries weaves the story of the cards together for you and, contrary to most books, offers much more information on all the minors. There are a few ‘key concepts’, but it felt less like keywords to learn from and more like a way to start looking deeper yourself. Despite his idea that traditional readers don’t read reversals, he still offers them. Luckily in a way that feels more like a light and shadow side, therefore making it useful to a larger group.

Deep insights
I personally was most impressed with his Major Arcana section. Around 4 pages per card and especially the description & symbolism paragraphs – rather large – gave me new insights. More seasoned readers might like this part too. Dee does want you to dig deeper obviously. It is a journey into the meanings and the *why* is what will make you focus on certain aspects most likely.

Due to the way it is written, you can comfortably and conveniently skip the entire chapter on Kabbalah (Qabalah in this book) and not miss a thing. In the overview per card you could ignore the astrological and Kabbalah attributes all the same. Its core will stay firmly upright.

Kabbalah explored
However, it is obvious Jonathan Dee himself feels Kabbalah is an essential part of learning tarot and for any esoteric deck reader this title will be a great addition to your personal library. If you are an attribute novice or struggle with the correspondences Tarot Mysteries; Rediscovering the real meanings of the cards is a gem. I don’t think I completely agree with Dee’s views on the link between Tarot and Kabbalah, but credit where credit is due: the man knows his stuff and this might just be the first book to truly enlighten me on the topic.

Save a few ‘expensive’ words the Tree of Life is explained rather well, part by part, foundation by foundation. Dee makes the attributes come to life in a way that makes sense. On top of that he links every sephira to both the zodiac and mythological creatures, making the symbolism in several esoteric decks also more clear in the process. 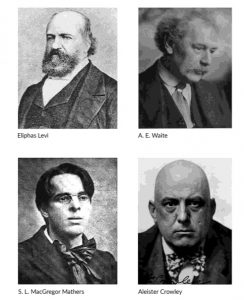 The Mythics from the English School, like Crowley, who invented the whole Kabbalah system for tarot. Dee considers the Golden Dawn the true one, upholding the connection between Hebrew mysticism and the tarot.

Make it stick
What I especially like when it comes to his chapter on Kabbalah is the fact he showed all the bigger mystics, like Crowley, Mathers, Levi and Waite. Their thoughs *and* their mistakes or struggles to make a system work are present in this book. So in Tarot Mysteries you will see how they tried to make the Kabbalah system stick in their own way and how illogical things could become – for example by leaving out the courts because they couldn’t make those work.

I think that might be one of the reasons Dee keeps hammering on the fact the minors and majors have different heritage and it is especially the Majors that have Hermetic roots. Beecause it does make you wonder… Despite his conviction that learning Kabbalah is necessary for your understanding of the Majors the book doesn’t become ‘pushy’ anywhere. It is obviously written to inform and that whole vibe is luckily present during most of the book. Shoulds in Tarot are a pet peeve of mine, so I always applaud authors who can keep those to a minimum (you’ll find 1-2 in this title).

Rabbit hole
With his Kabballah chapter he created an easy referential section, guiding you through the hermetic connection, history, mythology and symbology. He made a system that can scare many away from decks like Thoth easier to comprehend. In that way Tarot Mysteries; Rediscovering the real meanings of the cards indeed offers fresh insights with every page and gives an exploration of how the tarot relates to the Kabbalah.

It is done in a way you can surely keep coming back to the book to look things up and make sense of the whole thing. Whether you believe the system was made up by Golden Dawn and a few other mystics or was truly linked to the Major Arcana from the start; if you *do* want to jump in the rabbit hole of attributes and correspondences Dee’s book will be an excellent start.

Conclusion
In my humble opinion Tarot Mysteries; Rediscovering the real meanings of the cards is one of the better founded books. It is a well-written, simple paperback (unlike that other great, but more luxurious, beginner’s tome Tarot Fundamentals) with loads of useful information, whether you read the Waite-Smith (formerly know as RWS) with or without correspondences & modalities. Because it is quite heavy on those correspondences especially (relative new) esoterically inclined deck readers will benefit from having this book in their cupboard. Being the practical and accessible publication it is, a rarity in ‘attributes land’, you don’t want to miss out. 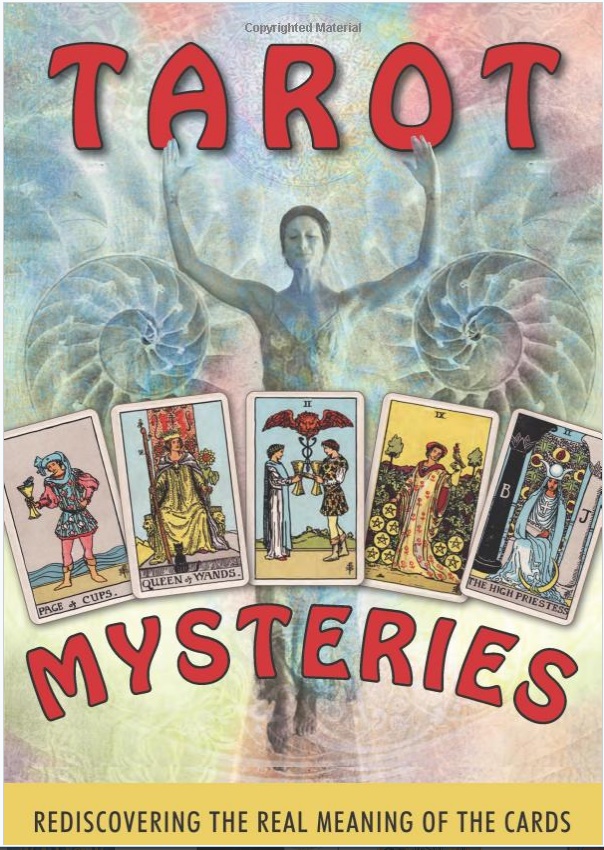