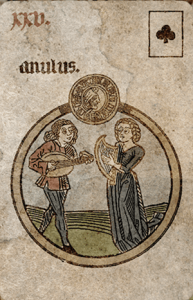 Neil Lovell, owner and designer at Malpertuis Designs Ltd., just finished his newest Lenormand deck, the Silson Lenormand. The designer of the Tyldwick Tarot created a deck that will either make you fall in love with it or (if you’re more a Lenny-purist) despise the idea behind it.

Lovell is no stranger to creating a Lenormand deck, but for his fifth Lenny he wanted to do something different. Why not create one that is at least as old as tarot in look & feel, in idea? How would Lenormand look if it was a couple of centuries old? Lovell started out with a Lenormand de Marseille deck, inspired by the older European cards, but the end-result even precedes the Visconti-Sforza or Sola-Busca. This makes the deck ‘medieval’.

Every card has a simple keyword in Latin, biblical and medieval themes are depicted too. The medieval approach does make the deck differ slightly from regular Lenormand symbols. 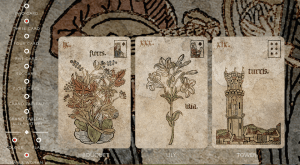 Bouquet, Lily, Tower in the Silson Lenormand. Seems like a good message to me. Easy to interpret too.

I did a simple 3-card reading with his spread simulator and got some pretty good news ;-).

Sometimes I needed to check to be sure it was a certain card, but I am pretty sure I would love to add this deck to my collection and see if it would be great to get insight into past (influences) as well.

Anyway, if you’re a fan of ancient and historical decks and don’t mind some adaptions to your symbology: he’s taking orders now. And if you’d like an uncolored version, there’s one of those too. But be quick, there’s only a limited edition of 250 of the uncolored one (750 regular edition). 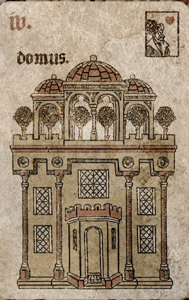 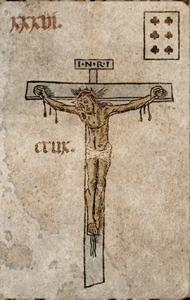 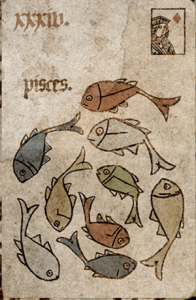