The Tarot of Dreams by Ciro Marchetti is now available by U.S. Games. The designer self-published his deck in 2005, shortly after one of the highest selling decks ever; The Gilded Tarot. So of course that meant high quality work with a limited print, although unfortunately also for some a price they could not afford. Self-publishing is pricey, and Marchetti always chooses good card stock and excellent additional materials.

That has now changed. U.S. Games was able to pick up the rights and print the mass market edition. That means the waiting has ended.  In the deck & booklet the book is still by Lee Bursten, known for his Gay Tarot.
U.S. Games has stayed true to Ciro Marchetti’s artwork, but there is just a slight change. The borders have been adapted. The original ones had a frame with squares in which you could see the elemental dignities and astrological correspondences. 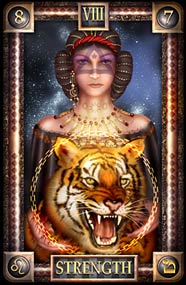 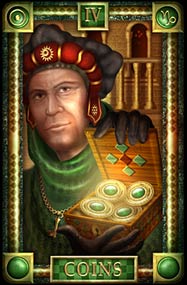 In the mass market edition Tarot of Dreams, there is no frame, but a black bleeding border that does not really ‘feel’ like a border. In that blackness you will now see the titles and correspondences. Judging from just pictures I have to say I really like this new style and it actually gives the artwork an extra ‘push’, but I will withhold an actual opinion until I have them in my hands.

Watch these pages for a review!